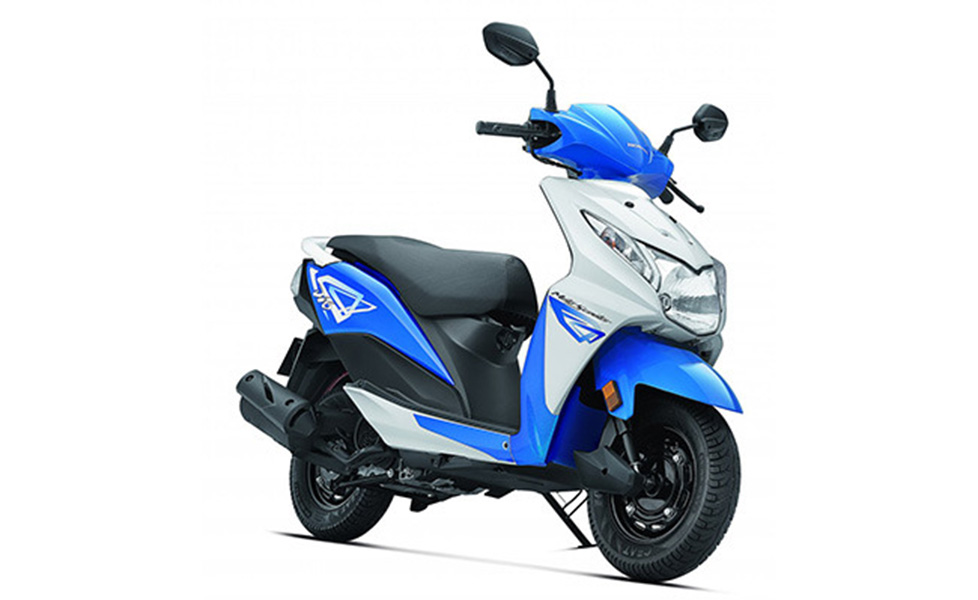 The Honda Dio has been around for ages; in fact, for nearly as long as Honda’s best seller, the Activa. When it was launched for the first time in India, it looked like nothing else on the road. It looked futuristic, came powered by the Activa’s engine, making it quite popular – particularly among youngsters. However, with its headlamp mounted on its front apron, it did garner quite a bit of criticism too. Over the years, it has received a number of updates including new colours, graphics and two all-new avatars. In its latest third-generation form, it looks sharper than ever, gets new features – and more importantly – comes with a BS6 engine update. With its striking appeal, it is sure to continue luring youngsters to pester their parents into buying them their first two-wheeler, if a bike seems a bit of a stretch. The Dio has constantly evolved over the last decade and more and Honda doesn’t seem to be pulling the plug on it anytime soon, for its edgy styling works in the modern age we live in. Let’s find out if it still has what it takes to be competitive among the whole lot of scooters on sale in India.

With the Honda Dio, the brand has always had its aim on the young buyer – and with the latest one, they’ve taken things one step further. All the body panels have been redesigned. At the front, it gets an aggressive-looking headlamp with faux vents on both corners, while the front mudguard now looks more angular and smaller in size. On the sides, the faux vents can again be seen, designed in an up-sweeping manner in the same way the side panels move upwards. In fact, it bears a very close resemblance to the Grazia. Even the sharp-looking tail light has been inspired by the Grazia’s and there’s a sleek grab-handle for the pillion. The exhaust too, gets a new look with a sharp-looking heat-shield design. It is also offered in many new colours; the Deluxe variant sporting gold-coloured wheels. Apart from the new LED headlight, it features a telescopic fork and a bigger 12-inch front wheel. It even features an external fuel-filler cap, which is openable with the help of a switch placed near the keyhole; there’s even a pass-light switch on offer now. The wheelbase is longer by 22mm.

The new Honda Dio is powered by the BS6-compliant, 109.51cc, single-cylinder engine, producing 7bhp and 9Nm of torque – this happens to be the same engine that initially made its debut on the Activa 6G, but has been tweaked differently for the Dio. Even the bore, stroke and compression ratio are shared between both scooters. The floorboard is larger and that means more legroom. Also, the seat is comfortable for both, the rider and pillion. In terms of acceleration, the scooter never seems stressed and will comfortably reach a top speed of 70kph. It’s a spirited performer and will happily move along with two astride. The Dio never feels short of confidence when pushed hard and vibrations can barely be felt, given how refined Honda’s engines are. Dynamically too, it delivers well, even when chucked into a corner. Even under hard braking, the front forks don’t dive too much; however, there’s good confidence provided when braking. The new Honda Dio is also wider, taller and longer because it sits on the same new chassis as the Activa 6G. This has also brought about an improvement in stability at high speeds. It also weighs more than the older Dio at 107kgs. Underseat storage capacity is good, with enough space for a full-face helmet.

The new, 2020 BS6 Honda Dio is sold in two variants: Standard and Deluxe. The standard model does not feature an LED headlamp and makes do with a halogen-bulb instead. Also, there is no digital instrument cluster here; just a basic analogue gauge. There is even a marginal price hike over the older BS4 model. By and large, the Dio is certainly a well rounded package by Honda Bikes and has managed to accomplish what it set out to do in the first place. It is a well-finished product, is reasonably priced and comes with the Japanese brand’s bulletproof reliability. Also, grab the latest info on the upcoming scooters, only at autoX.

How To Boost The Value Of Your Car