7 Reasons Why Current Trends in Renewable Energy Should Excite You 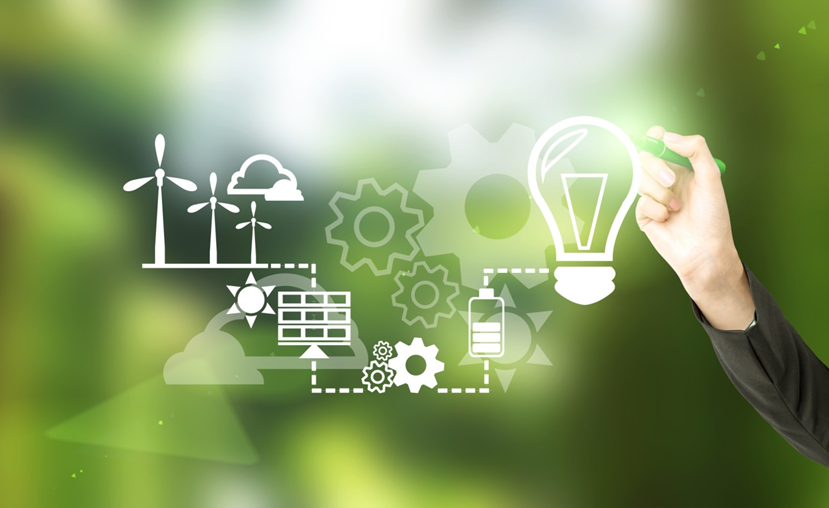 Did you know that the amount of renewable energy used in America is projected to double by 2050? As nonrenewable energy sources become harder to maintain — both environmentally and financially — the world will turn to these renewable options for future global power needs.

Unfortunately, like every industry, wind and solar power markets were hit hard by the COVID-19 pandemic. However, new trends in renewable energy show that the industry could potentially serve as a ladder out of the current global economic crisis.

In this article, we’ll be going over some of the reasons why you should remain optimistic about the state of renewable energy — both in the United States and globally. Let’s get started!

Seven Trends in Renewable Energy to Get Excited About

With so many negative news headlines it’s easy to feel pessimistic about the future. However, the good news is that there are plenty of reasons to be optimistic about the shift from nonrenewable to renewable resources.

To get the full picture of the renewable energy market it’s important to look at it from both a micro and macro level. As such, we’ll be looking at seven trends in both the United States and the world at large.

New technologies are beginning to change the way we look at solar energy. One of the hottest new trends in the implementation of artificial intelligence (AI) into solar technology.

The United States Department of Energy has provided over $7.3 million to projects dealing with these machine learning solutions. These AI systems will be able to sort through data much quicker than human grid operators.

The result is a much more accurate reading of the solar grid that will allow for increased efficiency. These real-time updates will allow large grids to be more flexible while expanding to an increasing market.

Another new technology that’s being implemented in the solar power industry is blockchain. This database technology is popular in the cryptocurrency industry due to its decentralized nature. This means that no one person or company can control it.

So what’s it have to do with renewable energy? Well, one problem in the energy market is intermediary energy suppliers. So, blockchain would circumvent these gatekeepers by allowing renewable energy consumers to purchase energy directly from renewable energy producers.

In the long term, this kind of peer-to-peer (P2P) trading would allow someone to have access to solar energy even if they don’t have any panels on their roof.

We’ve had wind energy for decades. However, it’s only been in the last couple of years that the energy source has begun contributing noticeable levels to the world’s energy mix. This is because fossil fuels are getting even more scarce and hard to source. However, it’s thanks to the rapidly declining cost of wind power.

Not only is wind power getting more affordable, but it’s also getting more power. The Renewable Energy Market – Growth, Trends, and Forecast (2020 – 2025) report states that wind power installations increased from 14.86 gigawatts to 591 gigawatts. Talk about an increase!

As the technology becomes more affordable, and the climate crisis direr, we can expect lots of government initiatives to encourage the development of wind power.

Already, large countries like the United States, China, India, the UK, and Germany have implemented policies to support this growing power infrastructure. As such, you should expect a lot more wind turbines in your future.

If you’ve noticed more solar panels on houses and businesses, then you’re not alone. In part, this is thanks to technological achievements that use less expensive materials. However, it’s also thanks to the rapid growth in manufacturing and supply chains.

As more renewable energy factories open, the cheaper it gets to produce the panels needed to power facilities. Soon, it will be cheaper to run on renewable energy over nonrenewable. When that day comes we can expect a massive influx of business-savvy corporations.

And the best part is that these prices will likely continue to fall in the coming years. This means more renewable energy is not only in developed countries but also in low-income ones as well.

However, it’s important to remember that a price drop isn’t the only thing needed to drive up renewable energy use. It’s equally important for government policies to support this new energy infrastructure if you want to see growth.

An increasing amount of new home buyers want their homes to be as green as possible. This type of eco-friendly real estate is becoming increasingly popular as more people want to decrease their carbon footprint. However, there’s a practical aspect as well.

Homeowners can significantly decrease their power consumption. This means drastically cheaper energy bills at the end of the month. For many people, this means purchasing homes with solar panels to offset a lot of their nonrenewable energy costs.

However, renewable energy isn’t the only way that these homeowners can save money. Government programs like Energy Star run by the EPA help promote energy efficiency. They do this by organizing a list of appliances that use much less energy than traditional ones. These include things like:

5) A Huge Increase in the Asia-Pacific Market

China is proof that countries that rely heavily on nonrenewable energy can make a serious pivot. Since 2018 China has led the way in renewables by generating 2000-terawatt hours of electricity through renewables like wind, hydro power, and solar.

On top of that, the country is contributing greatly to the global supply chain. China is responsible for producing 70% of all solar photovoltaic panels used around the world. The only problem is that China was the first nation to be affected by COVID.

While this has affected their production, the good news is that the virus is now largely contained in the country. This means that we can expect production to resume in earnest soon.

As the market recovers from COVID, we can expect a massive increase in renewables as the Asia-Pacific market embraces them in full. Once this market fully adopts the new energy sources, then it should move on to the Western nations.

As solar and wind energy becomes more widely available, companies that switch over to 100% renewables help show that they care about the environment just as much as their customers. Apple, Dell, American Express, eBay, Ralph Lauren, and Logitech are just some of the names that have joined this initiative started by the RE100 Climate Group.

Other big companies, like Target, have installed solar panels on five hundred of their stores. The best part is the influencing effect that these groups have on their suppliers and competition.

As the trend grows, more and more businesses will join in. And this trend isn’t limited to big corporations. There’s also lots of financing potential for anyone who wants to switch over to solar energy.

For example, companies like Loanpal allow you to put $0 down on a new solar system. As more lending platforms that care about the planet come forward we can expect to see an even greater number of households switch over to renewable energy.

As of now, most of the world relies on centralized grids for their power needs. Unfortunately, these types of grids have some major drawbacks. For one thing, they are prone to blackouts when major storms and natural disasters cause infrastructure damage.

This is especially dangerous in low-income countries that are prone to hurricanes, like Haiti, Cuba, and Vietnam. The solution is decentralized energy grids that don’t rely on traditional energy suppliers who often only care about making money.

This greater sense of independence can spread more easily to these types of countries with people who often lack basic access to electricity. With decentralization not only will they have access, but it can be renewable and adaptable to any challenges the country faces.

The start involves investing in the type of blockchain tech that bypasses intermediary energy suppliers and gives it right to the individuals who need it most.

We hope this article helped show you some of the exciting trends in renewable energy. It’s undoubtedly a dark time in human history. COVID has left few markets untouched and has completely disrupted any sense of normalcy.

However, the promising market of solar and wind energy is a bright light at the end of the tunnel. As these trends show, the renewable energy industry offers hope for both the post-COVID economy and the future itself.

Did you enjoy this article? If the answer is yes, then you’re in the right place. Keep on reading to find more topics that you’re sure to love.

The ABCDs of effective creative

What is Earn worth and salary?

What Cup Square Bolts Can Say About You as a Tradesman